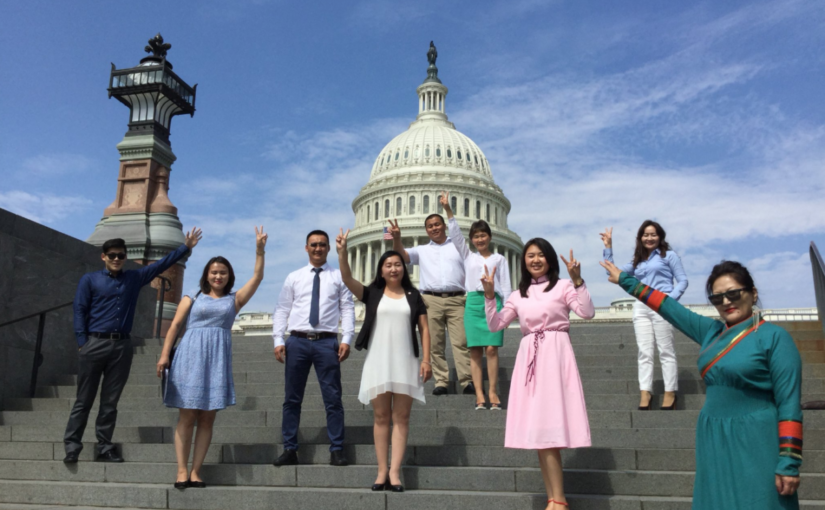 People-to-people exchanges are more important than ever before in these times of global transition and turbulence. They are a proven public diplomacy tool. Studies show that exposure to other cultures fosters understanding, creativity and innovation. Exchanges help develop and deepen people-to-people ties and connections across political systems, cultures and countries. They create personal bonds and promote understanding, and they provide an opportunity to meet each other face-to-face, rather than through the lens of media reporting or governmental biases.

The US-Asia Institute (USAI) has almost 40 years of experience conducting people-to-people exchanges. USAI founders were part of the American contingent that traveled with Deng Xiaoping on his historic visit to the United States in January, 1979. Since then, USAI has organized and participated in hundreds of exchanges between the U.S. and China, Japan, Indonesia, Singapore and Malaysia.

So it was natural fit for USAI to initiate a five-year leadership and democracy training program for emerging Mongolian leaders and elected officials. The purpose of this new initiative, the IMPACT Leadership Exchange & Training programs, is to empower participants with skills and knowledge to engage in and take on leadership roles in democratic and electoral processes, as well as civil society, through a series of exchanges featuring training workshops in Washington, D.C. and Ulaanbaatar, Mongolia.

For participants, exchanges are an opportunity to learn new skills and develop networks of experts and colleagues to call on for advice, support and friendship when they return home. For Americans, the exchanges give us a glimpse of another culture and help us identify similarities as well as differences in our systems and structures. For U.S. policy makers, they introduce us to people who will most certainly lead their country in the future.

The IMPACT program was developed by USAI in collaboration with the Her Excellency Battsetseg Shagdar, Non-Staff Advisor to the President of Mongolia, who set out to create a program to cultivate the traditions of participating in and the knowledge about democratic governance in Mongolia’s young democracy of only 28 years.

The result is an intense IMPACT training schedule. USAI will organize and host seven delegations a year. Once a year, a delegation led by the USAI will travel to Ulaanbaatar to train 100 emerging women leaders.

In July, the USAI received the inaugural cohort of nine Mongolian emerging leaders. The delegation participated in a Government 101 briefing to learn about the U.S. system, engaged with young American leaders, participated in an interactive discussion on the rights and responsibilities of citizens in a democracy, heard from a panel on the role of political parties in the U.S., and met with Representatives Dina Titus and Don Young, Co-Chairs of the Congressional Caucus on Mongolia, and Representative Peter Roskam, Co-Chair of the House Democracy Partnership.

The group also toured the Capitol, the Library of Congress and the Supreme Court and received in-depth briefings on the history of the U.S. Congress, the role of the three branches of government and the balance of power between them, the U.S. judicial system, and election processes.

They also participated in some hands-on leadership development. Delegates spent an afternoon strategizing about skills they need to develop as effective leaders. The group was focused on how to motivate others and encourage them to participate in public life. We discussed the importance of having a vision to guide work and help people see how they fit into a larger picture. Communication skills were also important, and most of the group members (like most people everywhere) wanted to sharpen public speaking skills. At the same time, group members focused on how to effectively communicate their own personal vision, so their audiences are able understand the underlying issues and goals behind that vision.

After an intense event, it’s easy to move on to what’s next. But, it’s also an opportunity to reflect on lessons learned and takeaways. Here are some of ours:

Exchanges have exponential impact: Delegates reported that they intend to “pay it forward” by taking what they learned during their IMPACT training about becoming a leader, speaking in public and working with the media to better communicate with the public back to their colleagues in Mongolia. Some delegates also expressed a wish to create a nonprofit focused on grassroots organizing to help get out the vote during elections.

Exchanges are a forum for shared learning: Globally, we all face complex challenges to growth and stability, whether addressing job creation, political empowerment, or the development of important government services. Exchanges are a two-way street. While the Mongolian delegation learned from the Americans they met, we also learned about Mongolia, its particular structure, and its unique challenges. This experience of engaging with others gives us all a sense of a shared humanity and that we can — and must — learn from each other.

Exchanges build a commitment to shared values: Democracy works best when we have leaders with vision, foresight and the ability to bring others along with them. These types of exchanges help build those leadership skills, and an understanding that we are all in this together.

These takeaways demonstrate why people-to-people exchanges are a valuable public diplomacy tool and important to USAI’s mission to create understanding between the people and governments of the U.S. and those of Asian nations. Though this was the first IMPACT delegation, we hope that it will in fact have a lasting IMPACT by strengthening democratic engagement in Mongolia.