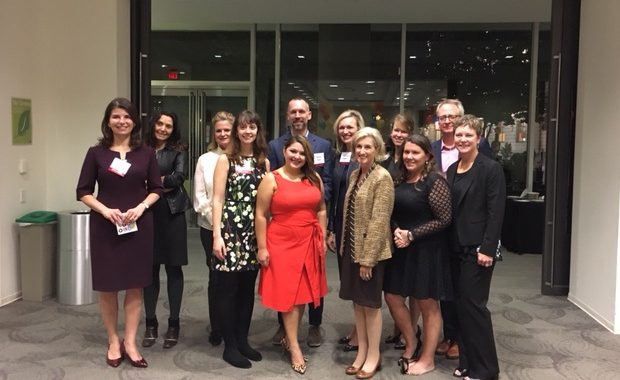 There is a fascinating new book out by Jennifer Lawless and Richard Fox entitled “Women, Men & U.S. Politics: Ten Big Questions.” It covers topics that range from contemporary feminism to campaign finance to reproductive rights in the United States.

Of course, the chapter that caught my attention is “Falling Further Behind: Women’s Underrepresentation in U.S. Politics” which focuses on the question of why the U.S. ranks 100th globally for the number of women elected at the national level. As it lays out, Rwanda (61.3%), Bolivia (53.1%), Cuba (48.9%), Iceland (47.6%) and 90+ other countries have more women serving in their national legislature than does the United States (19.1%).

As I have traveled around the world, I have created my own theories about why this is the case and this book tends to back up my ideas. First, while quota laws have been shown to be the best tool used to increase women’s political participation, the U.S. “first past the post” rather than proportional representative system makes it very difficult to initiate a quota law for women. Not surprisingly, 15 of the top 20 countries for women’s representation have instituted some type of quota. Moreover, political parties in the U.S. are considered weak institutionally, as voters, rather than the parties create the candidate lists. So while candidates running for Congress do receive some help from their political party, they must also create their own political organizations, raise money, build coalitions, and deliver their own message both the primary and general elections. In other countries, a strong central committee of the party selects the candidates for  the party list and in what order they will appear. Finally, what is strong in the U.S. system is the power of incumbency. Overall, in the last 10 election cycles, 95 percent of the House incumbents who wanted to keep their posts were re-elected. In 2016, 394 of 435 incumbents from the House of Representatives chose not to run for reelection. Of those who ran, only 13 lost their races.

If that isn’t daunting enough, Lawless and Rich discuss barriers that exist at the individual level for women seeking public office in the U.S. First, as they have documented for over a decade, there is a gap in the political ambition of women and men. “Deeply embedded patterns of traditional gender socialization make it far less likely, even today, for women to emerge as candidates.” Because of the attitudes and norms of men AND women about what is “appropriate” for women, men are considerably more likely than women to think about seeking elective office. The 16 percentage point gap existed in 2001 and continues today. Moreover, the “work-family” balance that Anne-Marie Slaughter and others have written about is even further out of whack for women thinking about running for office. Often women have jobs outside of the home that are necessary for their family’s income. Next, they are in charge of the household duties and are taking care of the majority of the childcare, cleaning, etc. at home. And now, we’re asking women to take on a “third shift” of politics – attending community meanings and fundraisers in order to run a viable campaign. For many women, there are just not enough hours in the day.

Where I part with Lawless and Rich is in the conclusion of this chapter where they say “even an optimist would be hard-pressed” to see major increases in women’s representation in the U.S. in the near future. In addition to the outpouring of increased interest of women in running for office (SF article) I believe that here in the U.S. we may be thinking too narrowly about how to increase women’s political participation. While I can name a half dozen groups that are recruiting women to run for office, we aren’t working on the larger structural issues that keep the numbers low. We might not get constitutional amendments passed, but we can address factors that can change over time: the political parties, time use and attitudes about women’s leadership.

First, although the role of political parties in the U.S. is not as strong as those in other countries, the Democratic and Republican parties here are not doing all they could do to recruit and support women candidates. Until they understand and value the role women can play in the party and in Congress, these outside groups will be on the outside looking in. When I worked to increase the number of women in politics in other countries as diverse as Kosovo and Zambia, no training program for female candidates was complete until we met with the (largely male) party leadership to talk about the benefits of women candidates on their party lists. Secondly, we must step out of the political sphere and address the issues of time use and public attitudes about women’s leadership. Both of these issues are not only keeping women out of Congress but also out of the Boardrooms and C-suites of companies across the country. According to Pew Research, the share of Fortune 500 chief executives who are female remains very small, reaching a record 5.4 percent in the first quarter of 2017 and women hold just 20.2 percent of the seats on boards of Fortune 500 companies – very similar to the political statistics. We need to change that social norms that exist that have women spending about six hours more than men doing household work and about three additional hours taking care of the children each week. And finally, we must help men and women, boys and girls in the U.S. see the value of women’s leadership. In a 2014 poll, 57 percent of respondents said that it made no difference to them if a female were elected president in their lifetimes.

What a shame that despite evidence that a diversity of views in decision-making roles can help drive innovation and a recent poll that showed that only 33 percent of likely U.S. voters now think the country is heading in the right direction, we in the United States are not willing to ask the big questions and increase women’s political representation in order to improve our communities and the everyday lives of our citizens.