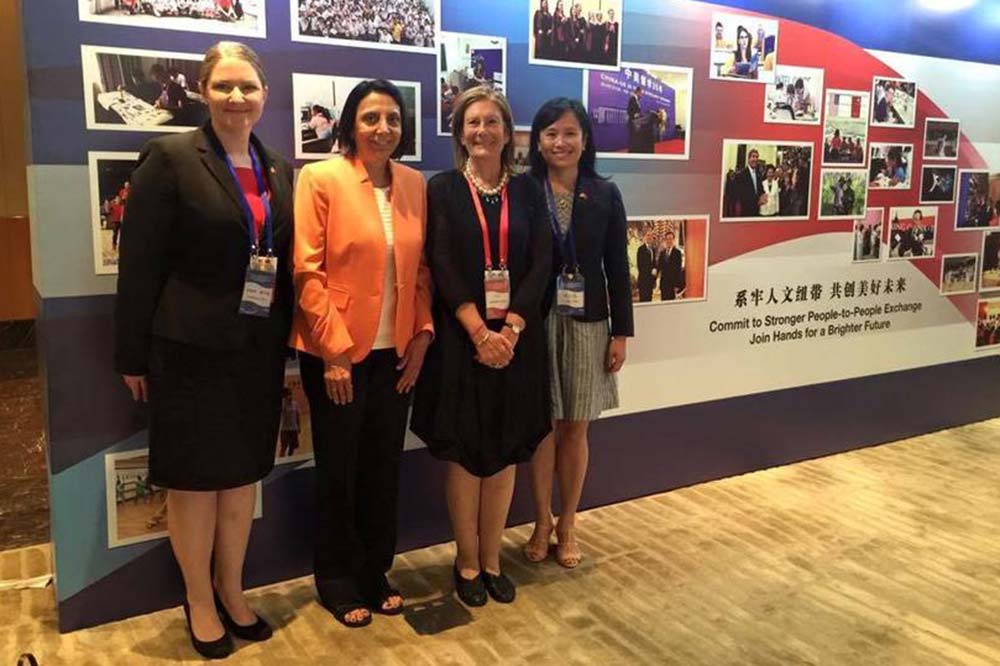 At the June 2016 CPE, as in years past, the U.S. and China agreed to a number of outcomes that directly benefit women.  As members of the Women’s Pillar, we were delighted to see so many of the other pillars building in work that supports women and girls, and raising awareness about gender-specific issues.  While our pillar focused on domestic violence prevention, women’s leadership, and designing a women’s entrepreneurship project in another country, other pillars focused on areas such as Title IX and breast and cervical cancer awareness.  A sample of the exciting work to be done follows:

The Sports Pillar plans to bring together women’s sports groups and highlight the importance of women’s participation in sports:

The Cultural Pillar is planning to host exchanges focused on women through film, art, and other cultural programs:

Finally, the Health Pillar continues to collaborate on breast and cervical cancer awareness:

We applaud our colleagues and counterparts on this innovative work, and look forward to seeing future collaboration on programs that benefit women and girls.