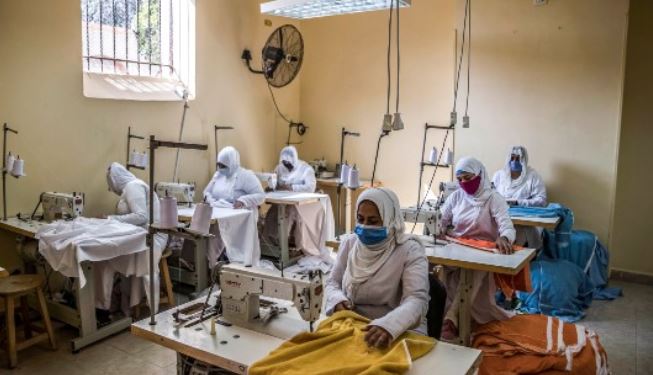 President Joe Biden has a record of standing up for human rights across the globe. He has backed Chinese rights activists and defenders, and advocated for full equality for the LGBTI community. During the campaign, he and Vice President Kamala Harris pledged to stand up to the forces of authoritarianism worldwide, rejoin and reform the United Nations Human Rights Council, and place democratic values at the core of foreign policy. Biden told the New York Times, “When I am president, human rights will be at the core of U.S. foreign policy.”

One way his administration can follow through on that pledge is by reversing the politicization of the State Department’s annual Country Reports on Human Rights Practices (also known as the Human Rights Reports). Another is to add reporting on the status of human rights in the United States. A third is to reject the findings of Secretary of State Mike Pompeo’s Commission on Unalienable Rights, an issue analyzed extensively at Just Security.

The Trump administration damaged the credibility of the annual Human Rights Reports, which previously were considered the “gold standard” of objective information about human rights around the world. It is critical to return to the kind of reporting that accurately and fully addresses human rights issues, especially those faced by women and girls. This is also an opportunity to rethink the reports, so they are more dynamic, reflecting progress toward gender equality and documenting the interplay between the treatment of women and girls and a country’s level of peace, security, and stability.

The United States was a key architect of both the U.N. Charter and the Universal Declaration of Human Rights (UDHR). Further, pursuant to the U.S. Foreign Assistance Act of 1961 and the Trade Act of 1974, the Department of State submits human rights reports on all countries receiving assistance and on all U.N. member states. The U.S. began compiling these annual reports in 1976, and they cover internationally recognized individual, civil, political, and worker rights as set forth in the UDHR and other international agreements. In the 1995 Beijing Platform for Action, the United States and 188 countries affirmed their commitment to women’s human rights across the political, economic, educational, and health spheres. From 2011 to 2016, the Human Rights Reports included detailed information on women’s reproductive rights.

In February 2018, under Pompeo’s predecessor, Rex Tillerson, Politico reported that State Department officials were ordered to cut back on passages in the Human Rights Reports discussing reproductive rights and violence against women, as well as sections on racial, ethnic, sexual, and gender-based discrimination.

While the framework of the Human Rights Reports remained largely intact during the Trump administration, experts found that reporting downplayed the seriousness of human rights abuses on the ground and was not consistent with reporting by other reliable sources of information. A recent study shows reporting on women’s human rights dropped by a third between 2016 and 2017. In the Afghanistan report, women’s rights and issues were mentioned 195 times in 2016 and only 85 times in 2017.

According to the Asylum Research Centre, the Trump administration omitted or altered critical information, including about torture, reproductive rights, and persecution based on sexuality. For example, the 2019 Eritrea report no longer mentioned widespread sexual violence against women in military training camps amounting to torture, and the forced domestic service of women and girls in training camps amounting to sexual slavery.

Further, in 2019, Pompeo formed his Commission on Unalienable Rights to provide advice on human rights grounded in our nation’s founding documents and the UDHR. The commission’s report ignored advancements in the legal and human rights of racial minorities, women, children, people with disabilities, and the LGBTI community, and declared that religious freedom and property rights are the “foremost” human rights. As a good start, Secretary of State nominee Antony Blinken said during his Jan. 19 Senate confirmation hearing that the Biden administration would reject the findings of that commission.

Opportunities for the Biden Administration

In the 2021 Human Rights Report, in addition to restoring critical reporting, the administration has an opportunity to think more broadly about women’s human rights and embed these issues within the national security context.

The prevalence of gender-based violence in a country is a national security issue. It can predict a nation’s potential for hostility toward other nations, as well as internal political violence and civil conflict. Gender-based violence, as well as the lack of women’s human rights, are not simply problems faced by an individual, family, or community. A study funded by the Department of Defense and published just last year, demonstrates that a country’s commitment to upholding women’s human rights is intertwined with nearly every dimension of national security. Countries that foster gender equality are less likely to go to war or use force first when in conflict. Moreover, higher levels of women’s political participation and personal empowerment at the household level decrease conflict and instability.

First, the State Department should restore reporting on maternal mortality and access to reproductive health care. Make no mistake — this is a human rights issue. In 2011, the U.N. Committee on the Elimination of Discrimination Against Women decided that U.N. member States have a human rights obligation to guarantee all women timely and non-discriminatory access to appropriate maternal health services. In the relevant case, Pimentel v. Brazil, an Afro-Brazilian woman died from pregnancy-related causes after misdiagnosis and the delay of emergency obstetric care.

Second, such reporting should consistently include quantitative data points on gender-based violence, including the age of marriage. Often, country reports describe current law but not the prevalence of the abuse. For instance, the 2019 Human Rights Report on Colombia includes both the law regarding early and forced marriage and data from UNICEF on the prevalence of these practices, while the same year’s Guatemala report only describes a 2017 national decree prohibiting underage marriage and provides no independent statistics.

Moreover, the reports should include reporting on emerging trends, such as online violence and/or violence against women in politics. One in 10 women in the European Union report cyber-harassment, including unwanted and/or offensive sexually explicit emails or text messages, or offensive and/or inappropriate advances on social networking sites. In a 2020 report by the Inter-Parliamentary Union, an organization of national parliaments, 34 percent of women parliamentarians were exposed to torture, ill treatment, and acts of violence, compared with 18 percent of male colleagues. In the same report, 98 cases of violations against women were reported in 2020, up from 85 in 2019.

Third, overarching gender indicators should be added to place the human rights reporting in context. There are several well-established reports with gender data points on education, health, economic opportunity, and political office for virtually every country, such as the World Economic Forum (WEF) Global Gender Gap Report, the UNDP Gender Inequality Index, and the World Bank Women, Business and the Law report. Utilizing consistent indicators for each country will help place the status of women and girls in a broader context. As an example, for the last 15 years, the WEF report has tracked progress towards gender equality, ranking 53 countries on four key dimensions and allowing for effective comparisons across and within regional peers.

Lastly, the State Department should begin to report on human rights, including women’s rights, in the United States. In 2010, the State Department’s Trafficking in Persons Report added the United States to that annual report, given that trafficking occurs in every country, including this one. Considering the U.S. public’s increased focus on issues such as policing and the criminal justice system at home, this reporting is critically important. It will also send a signal globally that, as Biden said, the United States will lead with humility and take its own human rights violations seriously.

Taken together, these concrete actions will demonstrate the new administration’s deep commitment to human rights both at home and abroad, and perhaps begin to rebuild U.S. credibility and diplomatic strength with allies, partners, and adversaries.