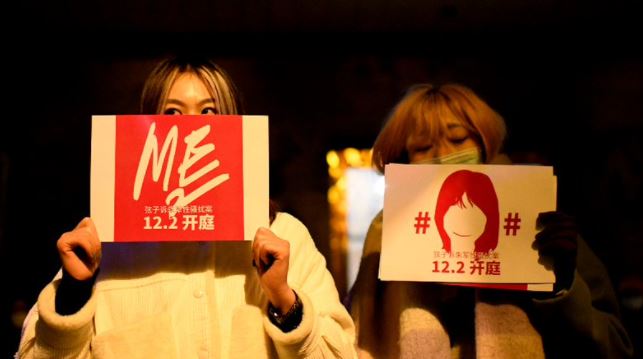 President Joe Biden’s meetings with G7 and NATO leaders on his first foreign trip addressed global challenges including economic growth, climate change, and COVID. China loomed large on the agenda, with both international alliances issuing rebukes of its leadership’s actions at home and on the world stage. As Biden wrote in the Washington Post, it is critical to demonstrate that democracies — not authoritarian regimes — are best positioned to meet these challenges and threats, whether “ending the COVID-19 pandemic everywhere, meeting the demands of an accelerating climate crisis, or confronting the harmful activities of the governments of China and Russia.”

When Secretary of State Antony Blinken outlined the administration’s foreign policy goals in March, he highlighted China as a top priority: “Our relationship with China will be competitive when it should be, collaborative when it can be, and adversarial when it must be.”

As the U.S. government reconsiders the contours of its relationship with China, the Biden-Harris administration’s renewed global diplomacy presents a unique opportunity to engage with China from a position of strength. Alongside American innovation, military might, and global partnerships, the United States also should showcase its deepened commitment to gender equality and women’s leadership as a driver of prosperity and resilience. Such a position would solidify the U.S. role as a global standard-setter. At the same time, it would empower the emerging Chinese feminist movement.

The United States can leverage the power of example to emphasize the importance of women’s leadership for robust civic engagement and economic growth. The U.S. Cabinet, for instance, is gender-balanced, with women leading key agencies: Secretary of the Treasury Janet Yellen, U.S. Trade Representative Katherine Tai, Secretary of Commerce Gina Raimondo, and Secretary of Energy Jennifer Granholm. Collectively, these officials  influence U.S. economic and trade policies and global economic engagement.

Beyond representation, the administration is committed to policies that promote gender equity and equality. As defined by a civil society coalition, feminist foreign policy seeks to be transformative and to imbue a rights-based approach across foreign policy with the overarching goals of gender equality, human rights, bodily autonomy, peace, and environmental integrity.

An Opening for Feminist Progress in China?

In addition to the U.S.-led resurgence of alliances and a renewed commitment to democratic principles, a confluence of events presents an opening to empower China’s growing feminist voices: domestic demographic woes, a crackdown on feminist forums, and tacit acknowledgement by Chinese President Xi Jinping that “wolf warrior diplomacy” has not been successful in projecting strength or commanding respect internationally.

Earlier this year, China’s Ministry of Public Security released preliminary statistics revealing that new birth registrations fell by 2.5 million from 2019, a year with the lowest recorded birth rate since 1949. This is the fourth straight year of decline with overall population growth slowing to a near halt. In a major policy shift last month, married Chinese couples may have up to three children vs. the two-child limit in place since 2016.

Like that earlier policy shift, this is not expected to increase the birth rate to address the economic risks stemming from a rapidly aging population. Chinese officials are now weighing lifting restrictions on childbirth by 2025. But given career choices, cost-of-living, and gender norms related to who is primarily responsible for care, Chinese women are not interested in increasing family size. In an online poll about the new policy, 29,000 of 31,000 respondents said they would “never think of it.”

Meanwhile, analysts say, both online and offline activities of feminists have given life to a grassroots mobilization in China not seen since the 1989 pro-democracy movement. In April, Beijing shut down 10 feminist social media platforms, which the government said promoted extreme political views and ideology. The blocked forums reportedly promoted women’s empowerment, as one journalist explained, by the “shunning [of] activities seen as centered upon or designed to benefit men.”

This was not the first targeting of feminist activists. On March 6, 2015, two days before International Women’s Day, five feminist activists were arrested for demonstrating against sexual harassment. The “Feminist Five” were held for more than a month and only released after international pressure, including from then-Vice President Biden.

At the same time, Xi has thrown cold water on “wolf warrior diplomacy,” a recent movement among Chinese diplomats to push back against any “deliberate insult” and defend China’s “national honor and dignity.” China’s wolf warriors are government officials who aggressively counter any criticism and hit back against perceived violations of its core interests with trade measures, travel bans, and diplomatic protests. Recently, Xi told senior party leaders to change the way they communicate with the world, and to “be open and confident, but also modest and humble.” As a result, many think the moment is ripe for a new way of engaging with both China’s government and its people.

Moving Forward From a Position of Strength

The Biden-Harris administration can take advantage of this moment to apply a feminist foreign policy lens in building on successes within the United States, sharing expertise abroad, and leading by example.

First, the United States can collaborate to address gender-based violence. Late to the table on these issues, China’s first legal prohibition against sexual harassment was enacted in 2005, and a legal definition of sexual harassment was not set forth in the country’s Civil Code until 2020. A law prohibiting domestic violence was not enacted until 2015. U.S. advocates provided technical expertise on addressing domestic violence via the U.S. China People-to-People Exchange and other U.S. based programs. Next steps could include strengthening implementation of the legislation by working with local law enforcement, the judiciary, and legal and health-care professionals.

Despite laws prohibiting sexual harassment, a Chinese women’s rights organization found only two court cases alleging sexual harassment from 2010 to 2017, and both failed. Things may be changing. In March 2021, a Shanghai court awarded approximately $15,000 in a sexual harassment suit to a woman whose colleague had sent disturbing text messages almost daily for six months.

A second avenue for empowering women could be opened in efforts on climate change. Because of their roles in many parts of the world — collecting water or as smallholder farmers, for example — women often are the first to recognize the impact of climate change and devise creative solutions as they wait for their government to make bigger, structural changes. Right now, women are absent from key conversations about climate change policymaking. The U.S. and Chinese governments could ensure women are represented in climate change negotiations and that the solutions proposed take into account their unique experiences and responsibilities as managers of household resources and community ecosystems. Women’s on-the-ground knowledge is needed to both inform and dramatically impact environmental policy.

Third, the United States can support women’s economic participation at home to increase competitiveness with China. One of the strengths of the U.S. economy is the diversity of its workforce and the number of women-owned and -led businesses. The U.S. government should continue to support the COVID-19 pandemic recovery and rebuilding of the U.S. economy, with a special focus on women. Retail, travel, and hospitality industries – fields dominated by women – were hit the hardest during the pandemic, with many women laid off or leaving the workforce to care for children when schools and childcare centers closed. As the world rebuilds, it is important for the United States to lead by example by expanding the care sector and increasing workplace flexibility. Improving opportunities for women makes the U.S. better able to compete with China while lifting the U.S. as a standard bearer for women in the workplace.

Fourth, shoring up gender equity in trade is a proven model that can strengthen the U.S. government’s negotiating position. We need look no further than the country’s northern border — Canada has prioritized gender equality in trade negotiations. For example, provisions referring to cross-border trade in services prohibit gender-based discrimination related to licensing and professional qualification requirements and procedures. The U.S. government could take similar positions in trade with China to improve workplace conditions for Chinese women.

Fifth, as the United States challenges China to do more on human rights and democracy promotion, the U.S. has several options to advance its argument. The increasing role and stature of women in government provides a powerful example. The Department of State’s annual International Women of Courage Awards are already used to highlight the efforts of individuals working to increase women’s political and human rights. To date, there have been five awardees from China.

As it marks the 100th anniversary of the Chinese Communist Party, and prepares for the 2022 Winter Olympic Games in Beijing, China looms large on the geopolitical stage. The upcoming anniversary of the September 1995 Beijing Declaration and Platform for Action offers another powerful opportunity to highlight the progress that countries have (and have not) made on women’s equality and human rights, and to assess a path forward. Reports of the Chinese government’s use of forced birth control and sterilization of Uighur women are human rights abuses that must be addressed in the public arena.

Finally, public diplomacy wields power, and now is the time to use it. Restoring and strengthening programs cancelled or weakened under the previous administration will deepen knowledge, create shared experiences, and build relationships between individuals who will be called upon to inform and navigate the U.S.-China relationship in the coming decades. These professional, educational, and inter-parliamentary exchanges include the Fulbright China Program and the U.S.-China People-to-People Exchange.

In reformulating U.S. relations with China, the Biden-Harris administration should use every tool available and make good on its stated commitment to gender equality and women’s empowerment by elevating the role of feminist organizations in China and the voices of women in both countries.