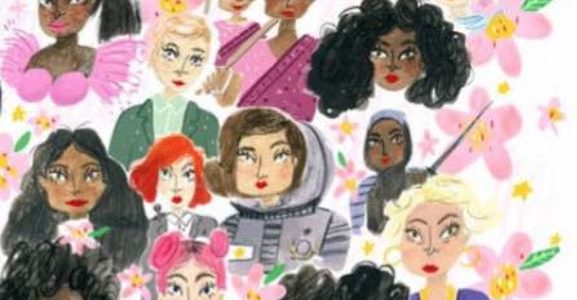 Last month, I participated in two events that drove home that point. First, I spoke at the kick-off event for Gender Balance Consulting, a student-led organization at the University of Pennsylvania’s Wharton School founded to increase its clients’ commitment to gender equality. Second, I moderated a panel on pathways to leadership for young women, cosponsored by the Girls Scouts of the Nation’s Capital, American University’s School of Public Affairs, and my firm, Smash Strategies.

The young women involved in these events are engaged across diverse issues: women’s economic participation, anti-bullying, building leadership. We need their voices in every place where decisions are made. While 56 percent of college students are women, only 40 percent of colleges have women student body presidents. Running for student government is important because those who do are 11 percent more likely to run for political office. (And, forty percent of women currently in Congress were involved in student government.)

We need to value and validate the leadership of these young women and support their work.  Here are five ways we can play a role in their success:

Young women are coming into their own as leaders — not only of specific projects and companies — but of a culture that brings out the best in everyone. Together we can expand their reach and propel them further and faster. Let’s do it.